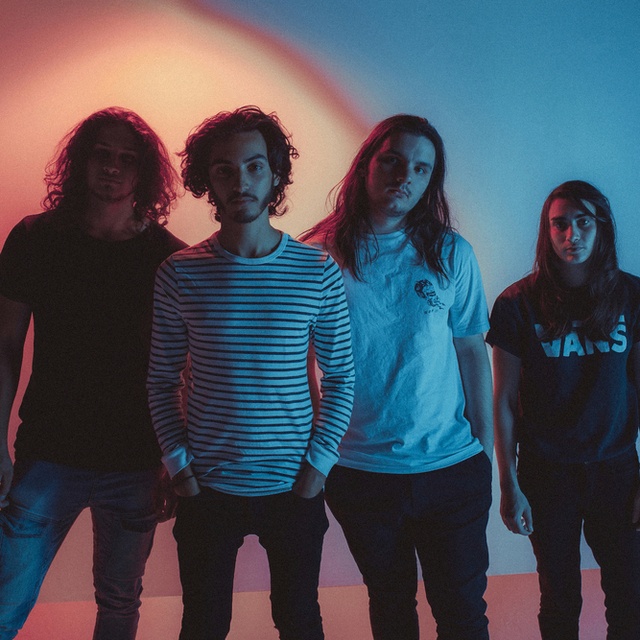 Drawn together by a shared passion for alternative rock, West Australian band Scarlet Drive have become a firm fixture in Perth’s live music scene. Born out of a shared love for the soaring party tunes of yesteryear, Scarlet Drive deliver nostalgic anthems with youthful vigour and the freshness of their own unique blend of punk, funk and reggae.

Renowned locally for their incendiary live show, Scarlet Drive have gained an impressive following in their short career to date. The band released debut single ‘Sad Robot’ in May 2017, soon following with ‘Ceto’, clinching the Punk and Pop charts at #1 and #2 respectively. After recording debut EP ‘Echoes of Apprehension’ at the Sunshine Coast’s Heliport Studios, the band soon embarked on a national tour hitting new shores in Adelaide, Melbourne, New South Wales and Queensland.

Deviating slightly from their staple blend, 'I Just Think That You're Cute' is the product of countless sleepless nights at the studio, and Scarlet Drive's foray into the world of upbeat indie pop with a tongue-in-cheek poke at surface-level relationships.

Kicking off 2019 with a WAM Award nomination for Most Popular New Act and taking out #7 and #13 of the 89.7FM WA Top 20, the band are gearing up for an even more hectic release schedule with their dynamic new sound, pushing further into the indie pop and punk binary.

“Perth four-piece Scarlet Drive are enjoyably difficult to pin down genre-wise, with an explosive blend of punk, rock, funk, reggae and more” – Pilerats

Screen name:
scarletdrive
Member since:
May 17 2018
Active over 1 month ago
Level of commitment:
Touring
Years together:
3
Gigs played:
Over 100
Tend to practice:
1 time per week
Available to gig:
2-3 nights a week
Age:
23 years