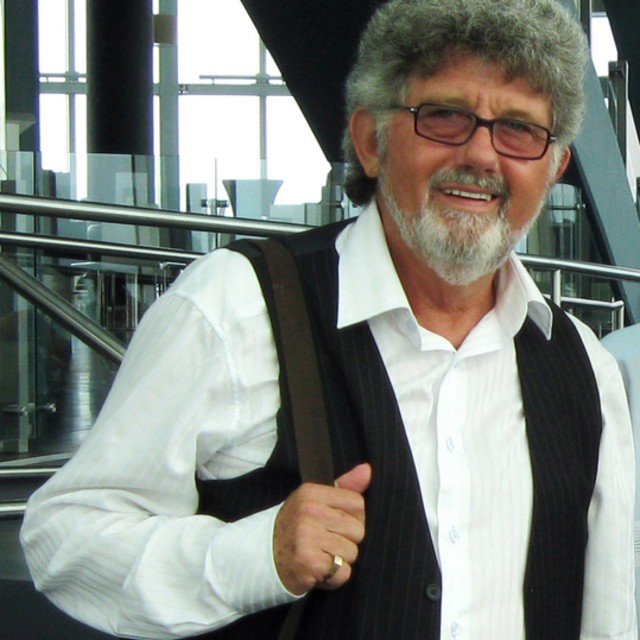 If I Were A Carpenter - Ray Burton

Ray currently has a new CD available titled “Blu-Azz”. Blu-Zzz was recorded at studio 301 in Byron Bay.See websites for more information and get your copy of Blu-Azz.

Hit songs – that’s what it’s all about and it doesn’t happen by chance. Ray’s musical education began at age 3, both parents were in the business. By 14 Ray and his guitar were on the road in his first band. By 18 he had his first no.1 hit oddly enough in snow clad Switzerland and even more confusing it was a surf song called ‘Reef-Ride’. Then came another evolution in his learning curve - singing lead tenor as the youngest member of The Delltones, an iconic Australian vocal group. After two years perfecting harmonies with "The Delltones", and with a passion for great melodies, he joined a high profile Sydney group called "The Executives" as a lead singer and guitarist. That’s when Ray’s songwriting skills started to dominate. The band needed songs, Ray wrote them, three of them hitting the top 10 charts - ‘Christopher Robin’, ‘Summerhill Road’, ‘So I’m Down, So I’m Out’.
International No1. ‘I AM WOMAN’ – co-written with Helen Reddy, has gone Platinum so many times Ray has lost count.
Making it in the USA. A few months after arriving in the US, Paramount Records had Ray in their New York studios writing more chart makers - ‘World Of Fantasy’, ‘Dream For A Love’, ‘Astral Plane Ride’ – recorded and performed by Burton and Cunico on the Paramount Strive, Seek, Find album that was voted no.1 best album of the month toppling Sly and The Family Stone.
Australia. Back from the USA Ray was the founding member of a Melbourne based band called Ayers Rock. Three of his original songs written at that time include ‘Rock And Roll Fight’, ‘Sorrowful Eyes’, ‘Morning Magic’ ‘Lady of the Morning’ under Mushroom Publishing Australia – all the songs made the top 10 charts.
A few years later, after time-out on his Northern NSW property came the opportunity to write and record a solo album, it featured two strong hits … ‘Too Hard To Handle’ and ‘Paddington Green’ – recorded and performed by Ray Burton with his crème-de-la-crème band Crossfire, on the Warner Bros. Dreamers and Nightflyers album.
All of the above made the top 10 charts plus Literally dozens more in the top 50 both in Australia and the USA.
Movie Credits: Warner Bros Rabbit Run staring James Caan, two songs ‘Hey Man’ and ‘You’re Going To Love Me’; Airport 75, song ‘Best Friend’ performed by Helen Reddy; My Best Friend’s Wedding starring Julia Roberts. Short films: Lilian – theme song ‘Lilian’.
Theatre: Of note - worked with the renowned Sam Shepard on the entire score for ‘Melodrama Play’ a musical staged in Sydney.
Advertising clients: include Coca-Cola, Revlon, P&O, and of late – in the US the Burger King Ad – “I Am Man”.
The Craft: Songwriting is about connecting a whole bunch of loose ends - creativity, emotions, musicianship, self discipline, passion, foresight, reading current trends, a dash of luck and a liberal sprinkling of magic.
Being on the road, singing and writing for his supper his entire professional life, some five decades, Ray knows what it takes to keep them coming back for more.
From huge gigs (80,000 capacity) Sydney Stadium, Horden Pavillion, Festival Hall to V.I.P. clubs – The Gaslight in New York to LA’s hot spots, you name it Ray’s played it.
He’s played with, and supported, the best of them… Billy Joel (recorded two tracks on his ‘Cold Spring Harbour’ album); The Small Faces, The Who, Paul Jones from the Manfred Mann Group, The Spencer Davis Group, AMERICA, Procul Harem, QUEEN, Little River Band, Joan Armatrading, Jimmy Webb the legendary American songwriter and Dave Mason who was the bass player/singer in Steve Winwood’s late 1960's English band “Traffic”. Ray did all of this before going solo.
In Australia and the USA Ray has performed on countless TV and radio shows. Over the years he’s gained a wealth of hands on fundamental experience that he draws on constantly.
Ray’s repertoire spans the genres of classic rock, roots, blues, contemporary country, and recently writing the song, then inspiring a 40 strong talented young choir to perform in the Rhythm & Blues Gospel category in the hotly contested ‘South Pacific Song Contest’. Ray won and beat a host of international contestants.
Does Ray Burton ever hit the OFF button? Well No not really, currently he has over 60 ‘ready-to-go’ songs in his song writing catalogue and is constantly working on new material and looking for great new talent to sing them.
Much of his current catalogue was written when he elected to take a well earned breather from the hectic pace of touring and performing. He chose to live by the principles of permaculture, embracing an alternative lifestyle in organic bliss high up on Tomewin Mountain - a sub tropical paradise with a view 50+ kilometers out to sea located in Northern New South Wales Australia. This is where family life and raising two children became his priority but his music never stopped. In his home studio he continued to obey his passion for songwriting building a catalogue of yet to be heard or published works.
As a mentor for the inaugural Australian Songwriters Conference.
Ray’s priority was to share his visions, foresight and first hand experiences in the music world with up and coming singer/songwriters.
Ray currently has a new CD available titled “Blu-Azz”. See websites for more information.

I'm looking to work with real quality players to first rehearse a few songs, get to know each others playing, Throw it all up in the air, then see if the band fly's. . . . . . . . .
Basically I'm looking for like-minded creatives on Bass, Keys, a couple of strong Backup Vocalists who can share some lead vocals; and a tasty Drummer/Time Keeper who doesn't want to overplay. The bottom line is, I'm looking to form a new band who can blow people away with great songs and professional delivery.