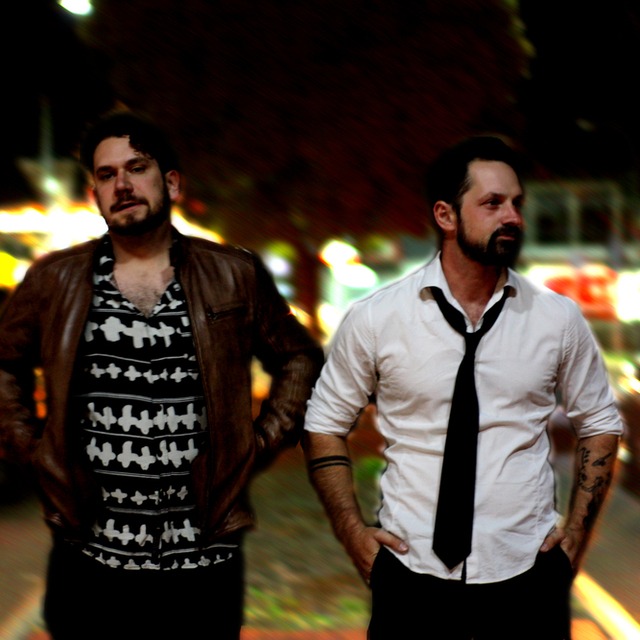 The duo band that has been performing and breaking stages all across Perth, Command A Panda has certainly gone far over the 18 months since they first put their panda heads together. With lots of guitar rhythm sections and smashing cymbals on every beat, Matt and Tim have engraved their indistinguishable hard rock blues into the minds and bleeding ear drums of the people of Perth. After a decade of extraordinary musical history together in various bands, April saw the departure of Tim Hosken from Matt's side to, what would seem the other side of the world in a place called Sydney.

With half the band gone, Command A Panda was struck with a major shift in dynamics that would be as subtlety of a brick through a windshield. What better to fuel creativity than the open road of unpredictability after all, the strongest moments happen when exploring new territory? To pick up the drumsticks was Adam Moore, previous from rock band Shelby and the Neighbours, smashing the skins is nothing new to him. As far as meeting all the requirements of being a panda, Adam has checked them all. Tattoos, check, beard, check, an outlandish disregard to following any normal genre of music, check.

A new panda means a below zero degrees fresh approach to sound, an impressive feat for any band. Although the small explosions of fuzz-tone guitar, raw cheeky vocals and avalanche of belting drums will still be present, it is unknown what exactly will come from these two lads working together. What provides most of the excitement about this new development is showing how invested these guys actually are in the music with their first meeting revolving around new albums, new country tours and new music clips. Their ecstatic banter of the future lead to a bubbling over of the very structure of their creative process to a whole new level. The idea of the panda culture was born by wrenching the core values of these lads to the surface and bringing it out in songs, an endeavour from a band going so deep into their own heads that they lose track of where the exit doors are located.

Command A Panda has emerged as one of the most popular band making music that sounds like older music without getting all ZZ top about it. We can only assume that their future work will be as distinctive and arguably their best, tailored for people outside the norm and with an appetite for life's hilarious ironies and a dedication to chewing through every one of them.